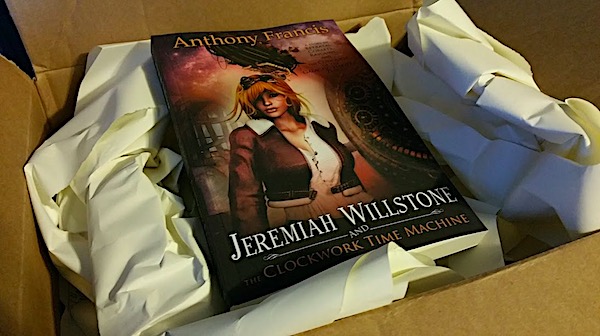 At long last, Jeremiah Willstone and the Clockwork Time Machine is OUT in the world! You can get it wherever fine books are sold:

The Clockwork Time Machine tells the story of Jeremiah Willstone, a female adventurer from an alternate world called Victoriana, where, because women’s liberation happened a century early and twice as many brains ended up working on hard problems, science has advanced more in 1908 than it has in our world today – but inadvertently, these scientific advances attracted the attention of aliens called Foreigners, who have come calling to make this world their own!

When Jeremiah’s treacherous uncle steals a dangerous alien weapon and secrets it away on an airship to a possibly hostile shore, Jeremiah leads a strike team to retrieve it – and finds herself chasing him across the seas of time itself, with her uncle just possibly aiming to upend the entire world order she holds dear! With time running out, Jeremiah must sacrifice everything she is to save everyone she loves. 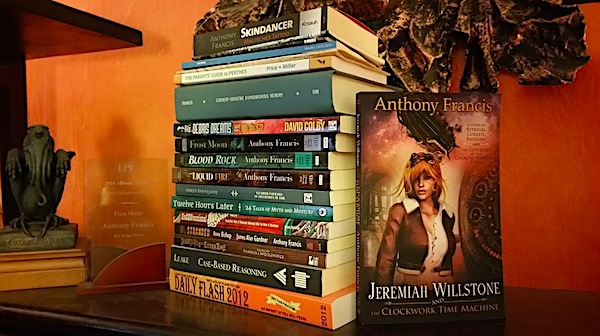