Jeremiah Willstone and the World of Victoriana

Jeremiah Willstone is a third-generation female soldier from a world where women’s liberation happened a century early. With twice as many brains working on hard problems, the world of Victoriana advanced more by 1908 than our world had in 2009. Raised in that world, Jeremiah is a feisty adventurer who brings two fists, two rayguns, and a hefty knowledge of science to defend the Earth from creatures invading from other worlds!

To date, Jeremiah’s world has appeared in eight stories, with four more stories, a novella, and audio adventures on the way! Most exciting of all, she’s now appearing in her first novel-length adventure, Jeremiah Willstone and the Clockwork Time Machine! A sprawling tale of brass buttons, steam-powered ray-guns, and rollicking adventure, JW&TCTM is available wherever fine books are sold: 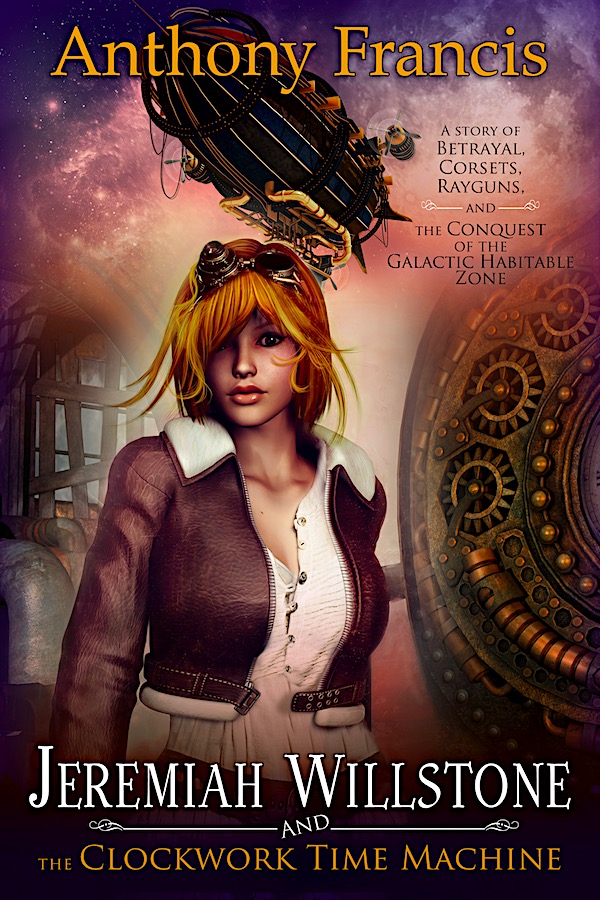