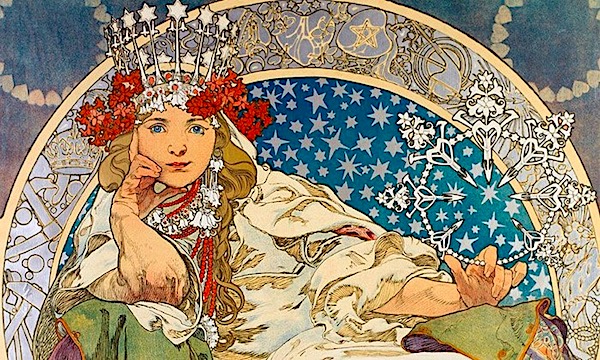 Today, March 8th is International Women’s Day, a day that began commemorating the anniversary of a women workers strike – and so perhaps it’s also being celebrated as A Day Without a Woman, another strike designed to call attention to how important women are to our society. But, science fiction writer that I am, I couldn’t help but think of literal day without women. One could think of it as an inversion of the story of Y the Last Man – except of course it would mean the end of the human world. Whether you believe the story of Genesis or the Mitochondrial Eve hypothesis, our species originated from a single mother – but new species arise when old ones go through population bottlenecks, so the children of X the Last Woman might not be a humanity that we recognize.

But, proponent of woman’s rights that I am, I can’t also help but think that science fiction scenario is precisely the wrong way to think about women. It reduces them to the role that they serve for our species. It’s no more appropriate to reduce a woman to her womb than it is to reduce a man to his sperm – and the reduction is considerably more damaging to women, who’ve suffered millennia of discrimination at the hands of societies that often treat them like second class citizens, if not property – at least since biblical and Roman times, and possibly for all of human history.

The History of International Women’s Day

Well, in the early 1900s, women who were tired of that treatment banded together into unions like the International Ladies’ Garment Worker’s Union, organizing a series of strikes demanding better conditions and equal pay, starting with one on March 8, 1908. That strike might have been overshadowed in the history books by the much larger Uprising of the 20,000 in 1909 – but the Socialist Party of America was struck enough by it to commemorate it with a Woman’s Day in 1909, which blossomed into an international celebration by 1911. In 1914, International Women’s Day was held again on March 8, and it’s been held there ever since.

Any doubters of the power of women to change the world should remember this: International Women’s Day kicked off the Russian Revolution. Leon Trotsky once said “we did not imagine that this ‘Women’s Day’ would inaugurate the revolution” – but it did, when women went on strike and took to the streets of Saint Petersburg, demanding “Bread and Peace” – an end to World War I, to food shortages, and the rule of the Russian czars – and kicking off the February Revolution. In the end, Nicholas II abdicated – and the newly instituted Provisional Government granted women the right to vote on July 20, 1917.

Like orbit, gender equality respects no boundaries and is held back by no creed, and the United Nations began celebrating IWD as part of International Women’s Year in 1975 and giving it themes in 1996. Depressingly, many themes seem to recur, such as struggles against violence against women and struggles for gender equality – just as women marched for equality in 1908. Perhaps that’s why we needed A Day Without a Woman – to remind us of what we’d be missing in a world without them.

Jeremiah Willstone would be shocked to hear that in 1908 women in our universe were leading some of their first major marches for women’s rights – and not just because, in her universe, 1908 was the year Jeremiah, as a female Senior Expeditionary Commander, led a mammoth military strike force in pursuit of her uncle and his stolen airship at the beginning of The Clockwork Time Machine.

She’d be surprised because in her universe, her great-great grandmother Mary Wollstonecraft wrote a book called The Equality of Man, a magnum opus which kicked off a women’s Liberation movement that spread like wildfire all over the world – and, as I am fond of saying, “with twice as many brains working on problems, Jeremiah’s world is more advanced in 1908 than ours is today.”

In our world, of course, Mary Wollstonecraft did not write The Equality of Man; she died a decade earlier, from complications in giving birth to Mary Shelley, future author of Frankenstein. We’ll talk about how Mary Wollstonecraft’s death was a great lost opportunity – and how she inspired the world of Victoriana – in a future post!

Pictured: Princess Hyacinth by Alphonse Mucha, a picture I have always admired for the strength and unconventional depicted in the figure, a daughter of a blacksmith in a ballet with ties to Czech lore. Image credit thanks to the users of Pinterest.